I write about diverse characters, with a literary vein running through my contemporary fiction.

I’ve created this to share the “bits of string” writers are known for gathering: the dangling ends of intriguing plot webs, a desperate character’s unraveling threads…

2020: Ah, the eventful year with no events. Instead of festivals or retreats, I read my novel The Wrong Ten Seconds on my YouTube channel, hoping it brings truth and ultimately hope to other lonely souls. Here’s the opening chapter, and go from there!

September 2020: Perhappened literary magazine has done a wonderful Mixtape issue, with every piece linked to a song. I’m thrilled to have an essay featured, which they described as possessing a “poignant glory.” Love, loneliness, and Les Miserables. Plug in your headphones and have a browse.

September 2020: My short Kafka parody “The Anthropomorphosis” appeared in new literary magazine The Phare’s first issue. There are some striking stories alongside it, and fantastic photos to transport you from quarantine. 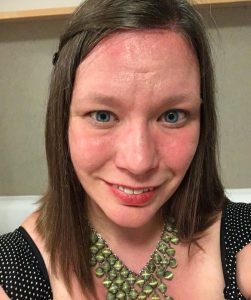 Bestseller! Stroud Short Stories epic 2015-2018 anthology was the fifth bestselling book at renowned independent bookseller The Yellow Light Bookshop. Among the volume’s 57 tales are my “The Apocalypse Alphabet” and “From Newcastle, With Love.” For those not so local, Amazon’s selling copies, too.

Work-in-Progress: What am I rattling away on at the moment? Soooo glad you asked. The Gospel of Eve is Eve’s side of the story, after rather a long wait. What happened after leaving Eden, how did it feel to raise generations that would never know paradise on earth, and why did she take that fruit in the first place? Already described as “Astonishing! Unique… It’s lush but angry too. A heady combination.” See blog posts on my creation process here and here (and just keep on reading).