2020: Ah, the eventful year with no events. Instead of festivals or retreats, I read my novel The Wrong Ten Seconds on my YouTube channel, hoping it brings truth and ultimately hope to other lonely souls. Here’s the opening chapter, and go from there!

September 2020: Perhappened literary magazine has done a wonderful Mixtape issue, with every piece linked to a song. I’m thrilled to have an essay featured, which they described as possessing a “poignant glory.” Love, loneliness, and Les Miserables. Plug in your headphones and have a browse.

September 2020: My short Kafka parody “The Anthropomorphosis” appeared in new literary magazine The Phare’s first issue. There are some striking stories alongside it, and fantastic photos to transport you from quarantine.

May 2019: My InkTears shortlisted story “The Apocalypse Alphabet” was released as a podcast in preparation for the next Stroud Short Stories event. Thanks to Laura Byng for recording my reading of it. Google “Stroud Short Stories podcast” have a listen, because other great writers will be reading their stories too.

April 2019: I was delighted to return to Hawkesbury Upton Literature Festival to read on their short stories panel. I brought a brand new story to share, and then enjoyed several other fabulous free events.

March 2019: I read part of a funny little romance at Novel Nights Bristol on 27/03. Novel Nights is always a great event, and this one featured Billy Kahora speaking on how to compile a short story collection.

Bestseller! Stroud Short Stories epic 2015-2018 anthology was the fifth bestselling book at renowned independent bookseller The Yellow Light Bookshop. Among the volume’s 57 tales are my “The Apocalypse Alphabet” and “From Newcastle, With Love.” For those not so local, Amazon’s selling copies, too.

September 2018: I made the To Hull and Back longlist! This is a prestigious competition for humorous short stories, and although “To Newcastle, With Love” didn’t take the prize motorcycle ride, I’m tickled by a mention from these guys. 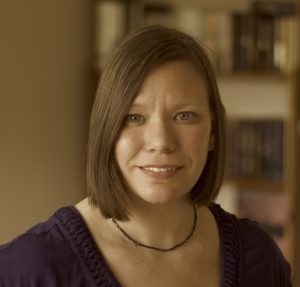 September 2018: My first attempt at a ghost story was shortlisted for the National Association of Writers Groups‘ prize. I attended their gala dinner and bestselling author Milly Johnson presented my award certificate for “Death’s Doorstep.”

August 2018: A longlisting for the first page of my work-in-progress, The Gospel of Eve, thanks to the Words with JAM competition.

June 2018: I had a piece selected for Bristol’s Flash Fiction Walk. What would Edward Colston think if he turned up on the streets of his home city today? Read my very short story “The Prodigal” with other Flash Walk tales on Bristol writer Judy Darley’s inspiring website.

May 2018: My quirky love story “From Newcastle, With Love” featured in the latest Stroud Short Stories night. See the video here, and make sure you check out the other wonderful offerings from the night!

April 2018: I joined John Holland’s panel of short story readers at the Hawkesbury Upton Literature Festival. This gorgeous Cotswold town puts on a marvelous day of talks and readings, as mentioned in my blog post here. 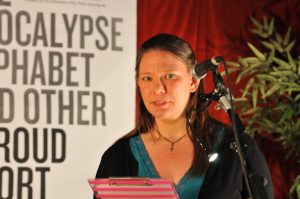 January 2018: “The Maze” got another outing when I was invited to read at the Bristol Novel Nights discussion on successful short story writing. Excellent tips from main speaker Tom Vowler and a lovely little write-up of our other stories on the Novel Nights blog here. Don’t miss the upcoming events!

October 2017: I read at the Cheltenham Literature Festival! My story “The Maze” won this year’s Gloucestershire Writers Network prose prize, and was printed in their pamphlet with other stories and poems from fabulous local writers.

September 2017: Encouraging reviews from Scribble readers came in for “A History of Mattresses,” published in the summer issue. Here’s my favourite: “A deceptively simple story that skillfully reveals the powerful undercurrent beneath the seemingly commonplace.”

August 2017: I read with several others at the formidable Alex Clark’s flash fiction evening, Flashers’ Club, at Smokey Joe’s Coffee Bar in Cheltenham. This is a terrific evening for writers and listeners alike, and the next will be in November. Here is the link for more details, so you don’t try Googling “Flashers’ Club,” which I foolishly did.

July 2017: Ledbury Poetry Festival. After my one-act play was performed in Ledbury last September, I was eager to return to the town to take in other peo 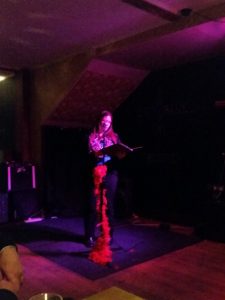 June 2017: As one of the founder members of the Women Writers Network, I took part in a poetry workshop to enhance my skills at creating imagery. Check out their webpage for brilliant exercises from the course, and upcoming workshops and events.

June 2017: More success for my short story “A History of Mattresses,” as it appeared in Scribble magazine’s summer issue.

April 2017: I read in Wotton-Under-Edge during their “Spring Into Summer” event with Wotton’s fantastic Writers’ Group, which has inspired me since I first moved to this country.

February 2017:  I was thrilled Stokes Croft Writers accepted my short story The Hornet to accompany selections from their vibrant group at the Talking Tales Storytelling Night. My work was described as “lyrical, moody, deep.” Get information about the event here, and check out their previous podcasts!

November 2016: Judges in the National Association of Writers Groups short story competition highly commended my entry, “A History of Mattresses.” It was inspired by veterans I helped care for in my nursing home job, so I’m especially pleased that those experiences gained some attention.

November 2016: I read my short story, “The Apocalypse Alphabet,” as part of the latest Stroud Short Stories evening at the Stroud Valleys Artspace. I was doubly proud to lend my story’s title to the event, during which nine other very talented writers read a surprising variety of tales. The Stroud News and Journal did a short article announcing the event, and here is the video of my reading.